CLICK TO SEE MORE
The most common thing for all bloggers around the globe is a recap on the last day of the year.
So I decided to share some of the best moments which happened to me during the 2013.
Let's start from the beginning :)
January - My internship at digital agency was still on, I didn't believe even then about my first magazine cover. I was working with Jelena on the idea for a new project. I got one more press feature in Elle Serbia where we showed couple of looks special made for them.  I was featured on the Lauren Conrad website.

February - After four months, I ended up my internship and got the full time job at the same agency.
Special project with Jelena was revealed and we could finally share our collaboration with big brand - Samsung. Thanks to this, we traveled to Paris where we spent crazy and unforgettable seven days during the Paris fashion week.
Our mission was to share photos on the Instagram with #samsungstyleguide hash tag. We published more than 350 photos of this amazing city and all this thanks to Samsung smart gadgets. In the meanwhile, in Serbia, Samsung run the contest and the main prize for the winner was trip to Paris!

March - Our trip caught some days in March too. We were lucky enough to meet amazing people like Garance Doré, Scott Schuman,Emmanuelle Alt, Ashley Olsen, Aimee Song, Caroline Blomst and many, many more. But our hearts were stolen with one incredible and  talented girl which is a super modest person Carin Olsson. We got the chance to see some fashion shows and attend H&M party. Shortly after that we were back in Belgrade, back to reality. I got one more press feature, this time in Men's Health magazine, I got the invitation to be a part of bloggers team for new weekly magazine Svet and Style and I also got the whole page press feature in many magazines with Samsung.

April - During this month I started my column for Elle magazine. I was testing certain fashion trends in real life and wrote about them. Samsung made corner on Belgrade fashion week with our photos from Paris. I also got the invitation for one more big project.

May -I made some photos for one of my favorite brands INES atelier, for her jewelry collection, because of my work I got the chance to met famous chef Rudoloh Van Veen (you know how I love to bake) and I got a bottle of wine with my blog name, how cool is that? :) I was a part of some girly retro photo shoot which was more than fun!


June - In June I was working on my second big project. Soon after the photo shoot, photos were ready and the whole campaign started. I've become Morellato face for Serbia (a famous Italian jewelry) and I was more than honored because they picked me. They also organized big promotion where my face was everywhere and I also had a little speech in front of those people and even now, when I remember that night, I don't know how I pull it off.  :) Besides this, I created a special editorial and news edition with Jelena for BPM magazine.


July - was also very important month for me. Last year I became an aunt to a beautiful boy Vuk - son of my best friend Olja, and this year she asked me to be his Godmother! We had this small ceremony during the summer and it was amazing, no words can describe that feeling!
Besides this, Jelena and I met a lovely girl Slava, I created one more set of photos for INES atelier and at the end of the month, I got a new project!

August -Because of so many great opportunities outside the office, cool projects and collaborations I decided to quit my job. Long working hours, to much things to do, tiredness and many other facts made me do this. Even now, I think that I need to create my dream job or I wouldn't be fair to myself.  Besides this, I was working on my third big project. This time, again with my great friend Jelena. We became part of a big campaign for a popular shopping mall. Photo shoot, billboards, magazines and the commercial. For the first time I acted, and it was incredible experience!

September - Our campaign  for Usce Shopping Center came out officially. Besides that, Jelena and I started the fourth big project during the 2013. Since the September, we are the authors and editors of Usce Shopping Center blog, which made them first in that sphere. I also appeared in one photo for Lifestyle Serbia campaign which made me proud too!

October - During this month, I regained my energy. I was working on Usce Shopping Center blog with Jelena, and we also created their official profile on the Instagram which made them also first among the shopping malls in Serbia. We started making plans for a new trip. 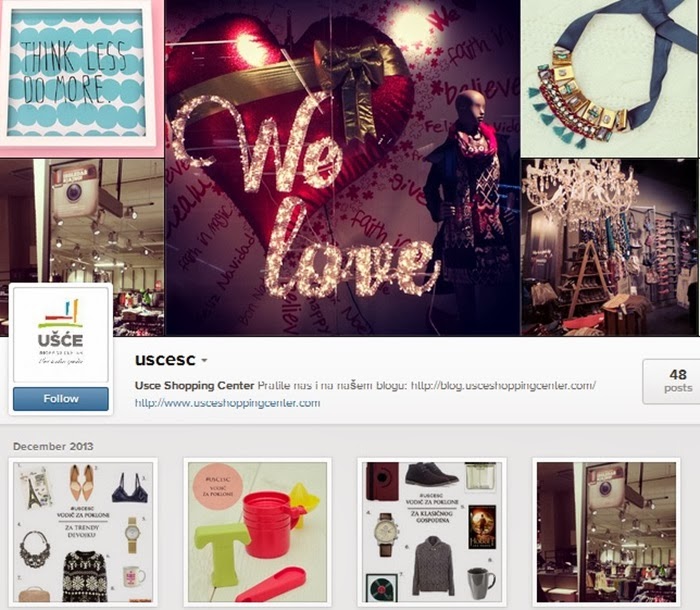 November - I visited Stockholm with my partner in crime, miss Jelena. :) I celebrated my 28th birthday and also nine year anniversary with my boyfriend. My first interview (as a writer) for Elle magazine was published. And it's enough for this month! :)

December - Jelena and started the first fashion contest on the Instagram with Usce Shopping Center account, where people need to find the sticker in the stores, take photo of themselves and post it on the Instagram with officially hash tag. Winners will receive vouchers to spend it in this great shopping mall. It will ends up in January 2014, so if you are in Serbia feel free to join!
Besides this, we prepared ideas for the future projects. I also went to a meeting for a new collaboration with big brand, so I will let you know soon as it starts. :)

And that's pretty much it! :)
If we summarize, this year was perfect! Lot's of great and cool things happened, in my private and in my bloggers/business life. I worked my ass off. There were days were I slept only a few hours, after daily job I was shooting or writing, or in process of creating some of these collaborations and projects. And during some months it was really hard to manage all these things. Now, when I look back, I'm more than satisfied, with my decisions and with my work. I'm also satisfied because of the fact that so many great brands and people trusted me and wanted to collaborate with my blog. And some of them hire Jelena and me for a "digital help" which makes me even more proud. Thank you on that.
Good things take time and I firmly believe in that.

And at the very end, the special thanks goes to you, for every single comment that you left, for every email that you wrote to me, for your support, for nice words, for critics, for finding this place inspiring, for following me, for every like and share, for believing me, it wouldn't be same without you!

Posted by Vanja Milicevic at 5:29 PM 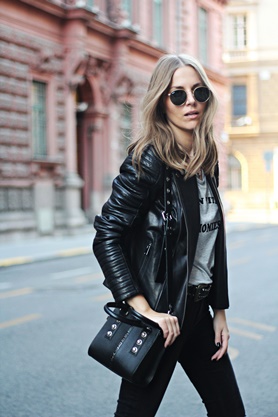 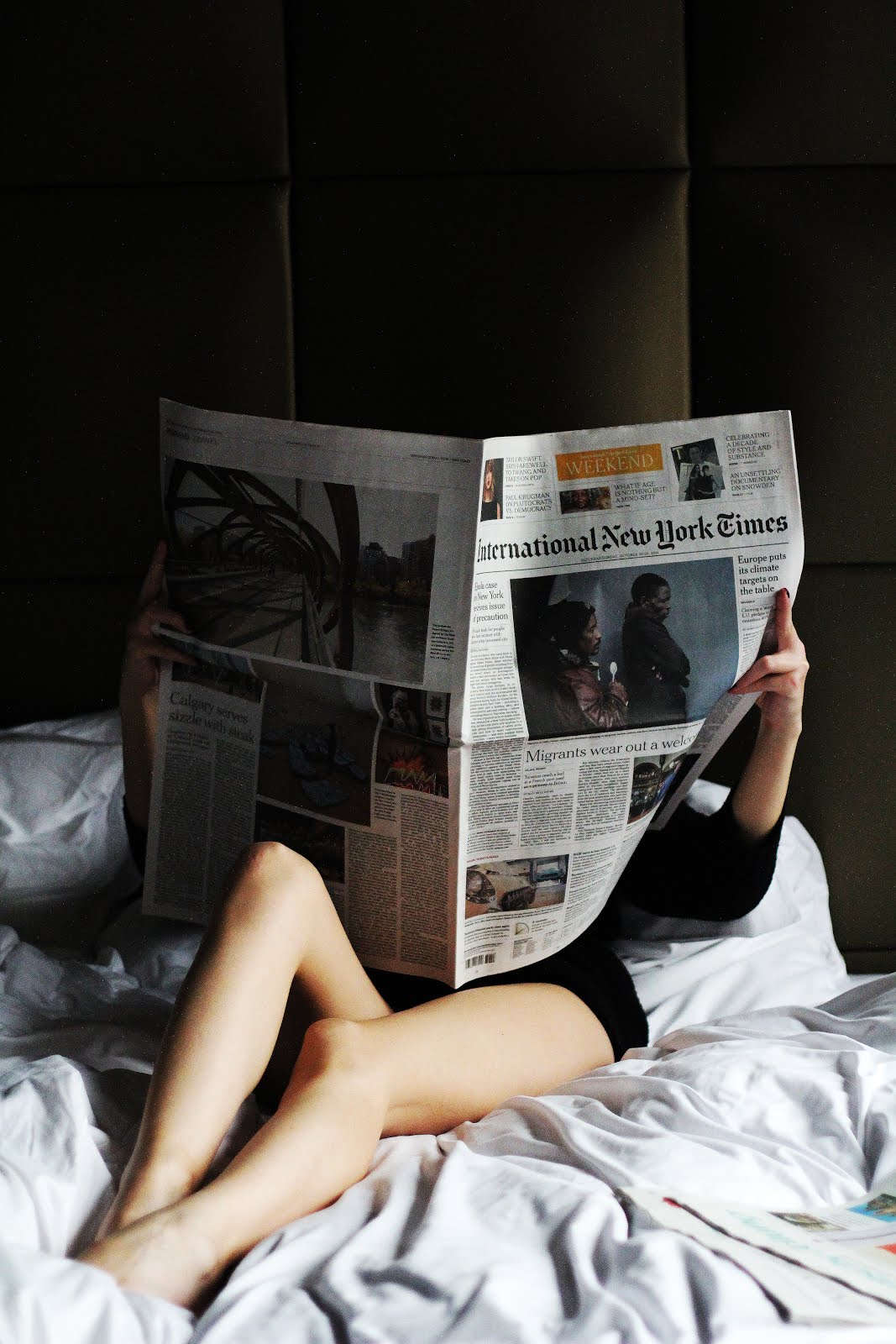 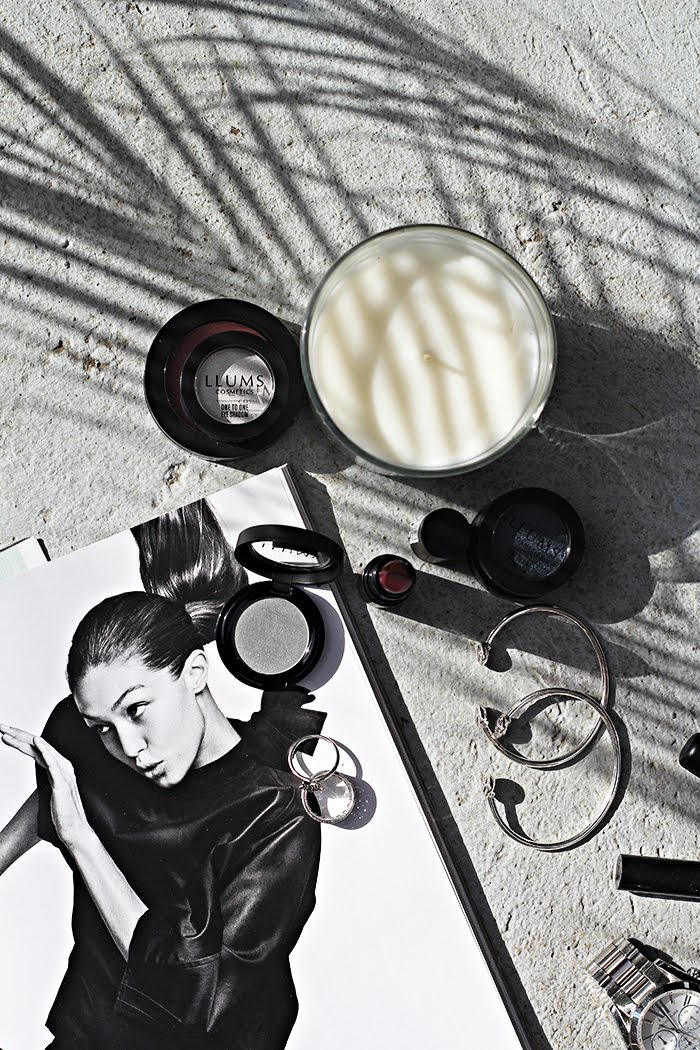